Home / The Rise and Fall of Mars Hill

The Rise and Fall of Mars Hill

The Rise and Fall of Mars Hill
From Christianity Today

The Rise and Fall of Mars Hill burst onto the scene earlier this year, and has become an extraordinarily popular podcast, published by Christianity Today. It chronicles the slow and painful dismantling of the once powerful Seattle megachurch run by Mark Driscoll.

In the telling, the podcast shines a light on the many shadowy aspects of modern evangelical culture. There is the pastor as celebrity, the wielding of power and the lack of accountability. There is the megachurch, which builds its kingdom of sameness, not a diverse ‘banquet of sinners’. The are, inevitably, the worker bees that get burned when they get too close to the spotlight.

Most disturbing of all, there is the elevation of men as the sole gatekeepers of power. And it’s natural endpoint, the abuse of women. At Mars Hill, a man could not be an elder if he had a wife that worked outside the home. When the scandal broke of celebrity pastor Ted Haggard having sex with men, Driscoll wrote a column blaming women for not making enough of an effort to meet men’s sexual needs. This was not coming from a fringe extremist, this was mainstream Christianity.

Many have questioned whether such a stark exposè is good for our soul. In mainstream Christianity, we’ve never been comfortable with asking difficult questions of ourselves, preferring to keep a smile on our faces for the sake of unity.  But I would argue that it's crucial to ask these questions and expose the difficult, messy and disfunctional parts of church culture. We cannot heal a wound if we say it’s not there.

We live in a time when Jesus is often (mis)represented through people clamoring for fame and power. No wonder the world shrugs it’s shoulders at the Church.

Ultimately, this podcast is a calling us back to The Way – when we wander away from the heart of Jesus and his Kingdom, we become so very lost. But if as a Church we turn back to him, he will be our healer, as he has always been. 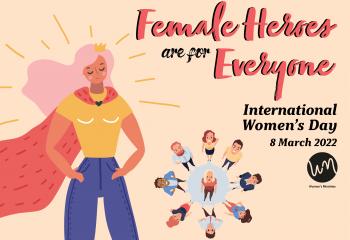 Female Heroes Are For Everyone

International Women's Day is a wonderful opportunity to celebrate the role of women, show that we value them, thank the women in our... 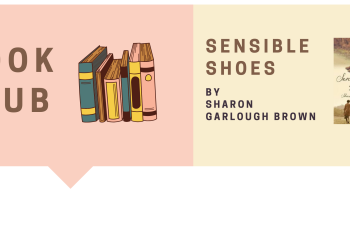 Sensible Shoes is a novel with a difference. It traces the significant journey that 4 women take when they meet as strangers in a spiritual...

Do you ever think of popping a note into a friend's letterbox, but never get round to it? No, just us?  Well, we wanted to make it super...